February 04, 2019
Had a blast and the most crazy experience tonight at Filmhuset in Stockholm where we were part of the live TV show Breaking News on Channel 5 Swedish TV. 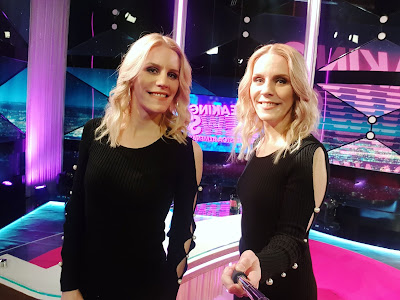 A couple of days ago we got recommended to be part of a game where they were looking for identical twins for this TV show memory game where 5 twin couples should stay behind slots. The invited celebrities played the game trying to match the right twins by opening the slots one by one.

It was awesome to meet up with these like-minded people and identical twin couples who know exactly what its like to be have a sister or brother every day. Some lived together, some worked together and we all have very regular interactions. Some were active as actors which was very inspiring. We share a lot of similar life experiences and the same  high energy which is very rare to meet for us in our daily lives. We had some wonderful talks and a lot of laughter before and during the show and everyone was very focused. We sure were the big excitement at the end of the show: "Oh, the twins, here they are!!" Like it was the first time they saw identical twins. We had to stand behind a painted wooden wall in different levels, some lying on the floor and others on their knees or standing. So we got ourselves got a hard work out at the same time! This was an interesting and unusual experience! 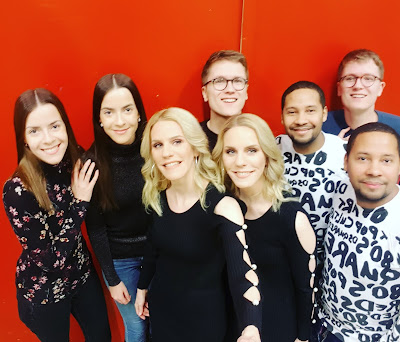 We are not used to being spoiled when it comes to doing gigs, travelling and paying for our own expenses. We usually have to do all the project managing ourselves as well as being the artists, but this time we had 2 taxi's picking us up for FREE to the studio. However we thought it would be only one for both so when the second came we decided to send one of them back! Isn't that typical for twins, haha? We live close, but not on the same street. We also got a drive back and are grateful for this service. 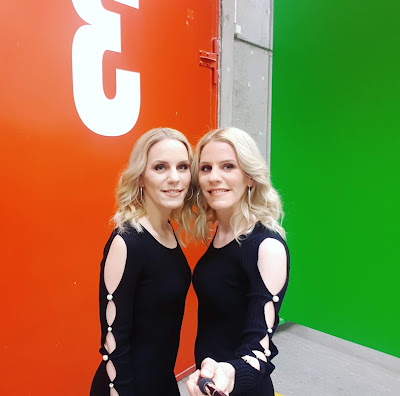 Being on TV and in a live show was not the first time for us, we did live performances with 7 songs in several countries for our Eurovision songs that taught us the hard life of being an entertainer. Back in the days we also did some Swedish TV, singing and we also did a film as children, but we were not that interested or strong enough to take part when we were younger. Now we've picked up the speed and are happy for all the opportunities making us grow as persons, meeting a lot of great people and getting more experience. 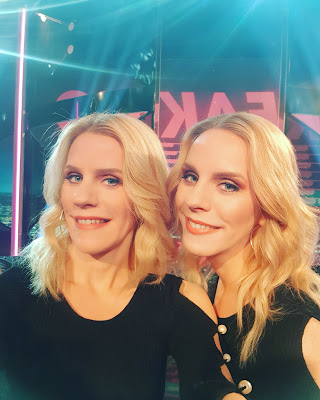 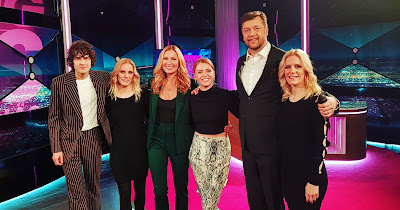 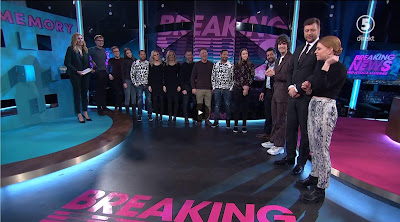 All the twins on stage and this is what it looked like when all the slots were open! 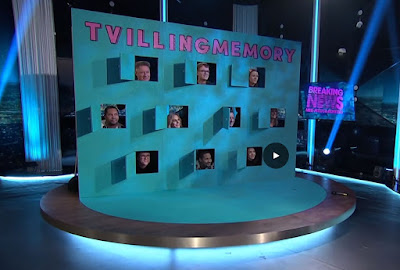