February 28, 2016
Happy finalists and 3rd place in Söngvakeppnin 2016, Eurovision Iceland with our song Óstöðvandi/Eye of the storm! What a rush, two hectic weekends in February with snow storms that almost blew us off the streets, very little sleep and alot of great memories from the stage performances. Our warmest thanks to Karlotta Sigurðardóttir, the artist, Kristinn Sturluson the coproducer/composer and the dancers! We were happily met at the airport by some foreign Eurovision fans who came for the shows and wanted to give us their best of luck! Also great hospitality from the TV crew and producers, where some of them surprised us by speaking Swedish and told us that they think that Swedes have a good confidence! 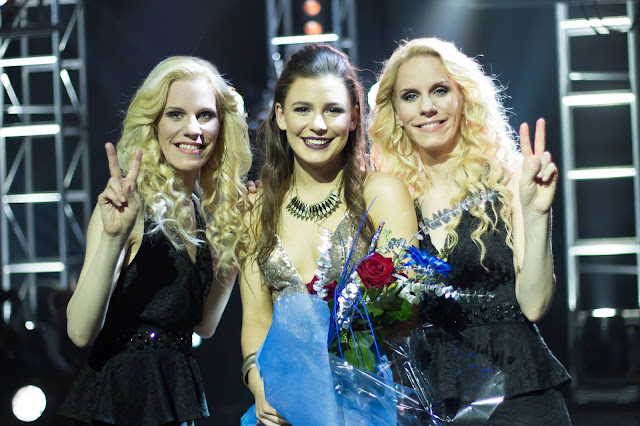 Watch the live performances from the semi final and final of Söngvakeppnin: 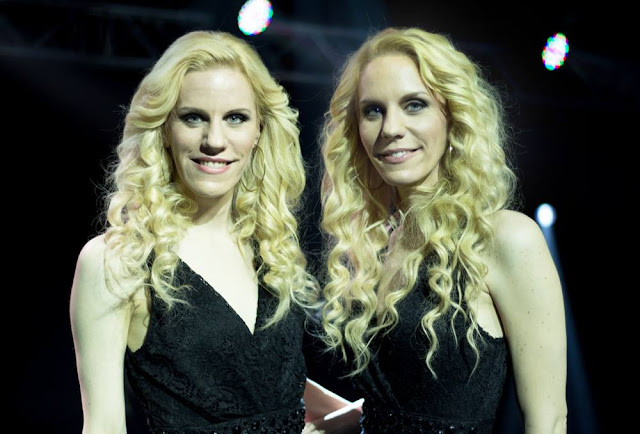 We had black jumpsuits with rhine stones and golden long blond curls at the semi final.

At the first live performance where we sang the backing vocals in Icelandic at the Háskólabíó venue in Reykjavik and had a sober Bond theme back drop. 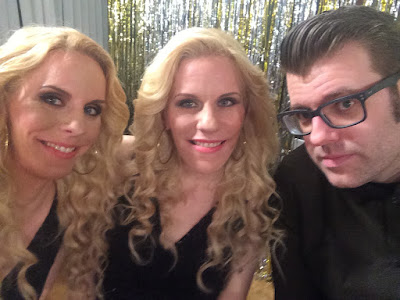 In greenroom and backstage at the semi final with Andreas 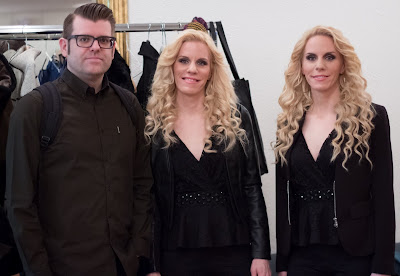 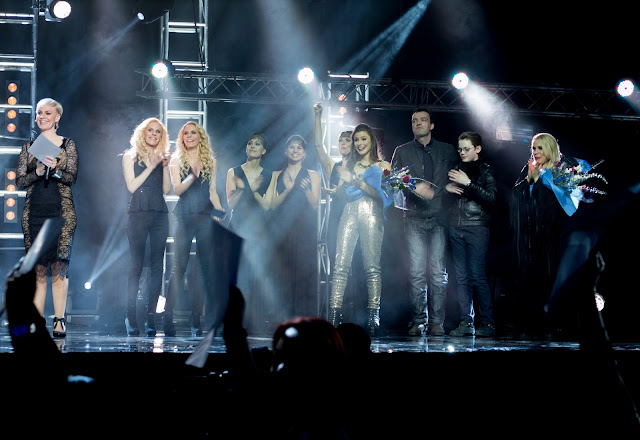 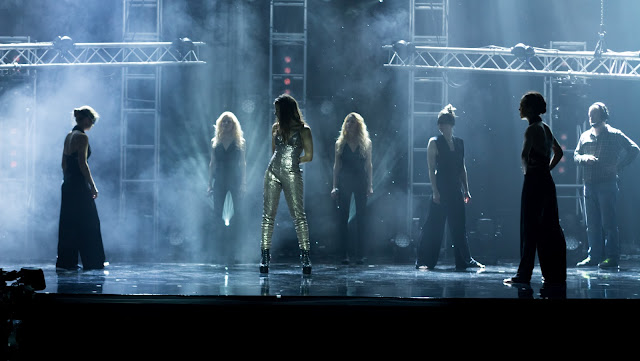 At the rehearsals for the semi final trying out the moves and positions. 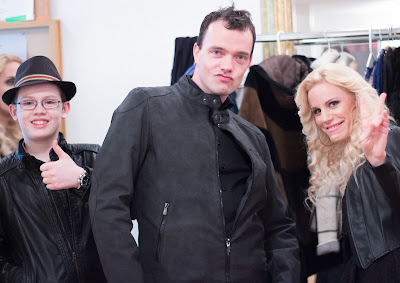 The great coproducer Kristinn Sturluson together with his son and Ylva posing backstage. 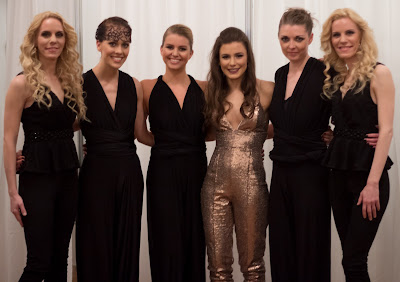 Together with Karlotta and the great dancers backstage. 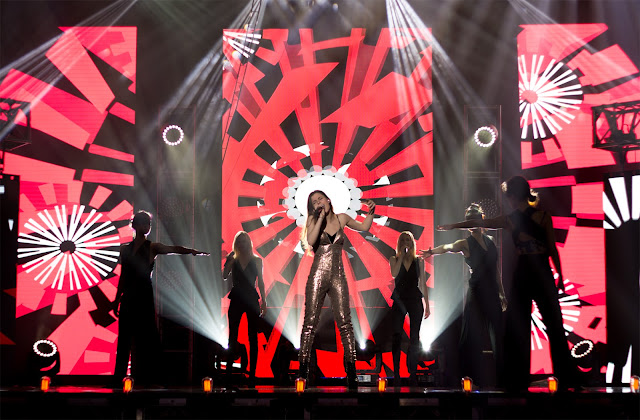 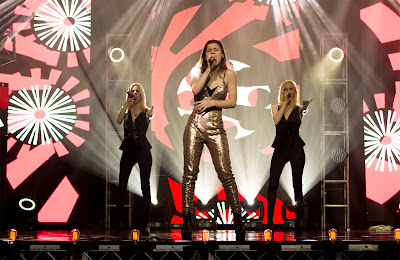 At the rehearsals for the performance at the Laugardalsholl Arena in Reykjavik during the final show where we performed with Karlotta in English. The stage director wanted us to have a red abstract background and we were a bit sceptic. However it was good with a change for the final and it gave us a 3rd place. Which background do you think was best? 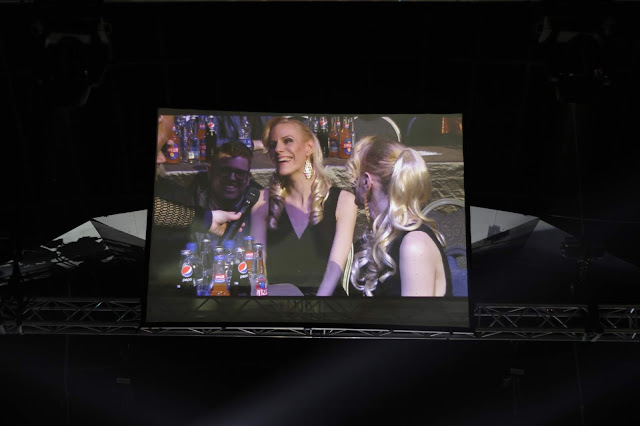 On screen in the final where they suddenly came up to us and did a live interview asking about our songs and experience from other countries, for example when the president liked our song in Belarus 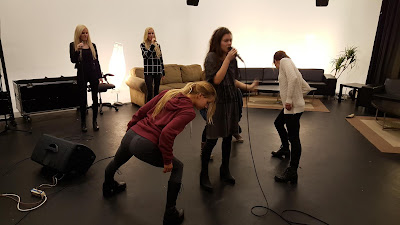 We met up in Kiddi's studio just after having arrived to Reykjavik to do our first rehearsals with the group. The day after we went to TV rehearsals. 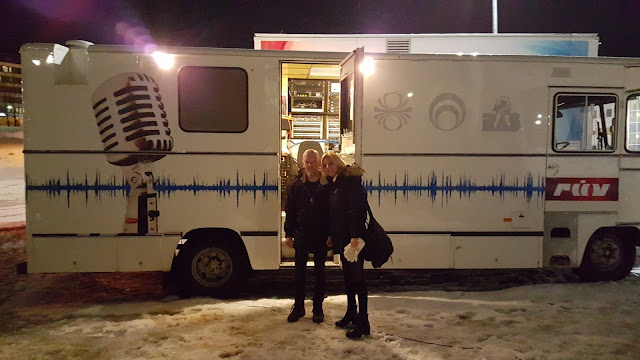 The TV company RÚV had the OB Busses outside the arena where they are controlling the broadcasting and mix. Their job is just as important as inside the arena as this is what you hear and see when watching TV. We had a nice chat and were able to listen to the mix and give our input. 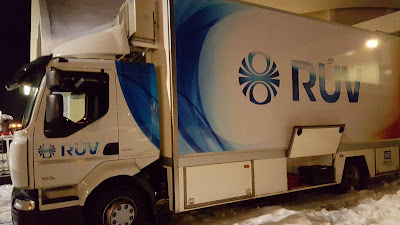 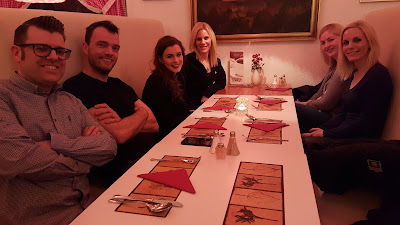 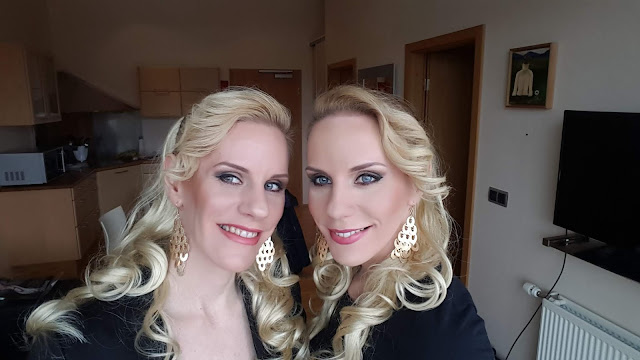 We stayed at a really great apartment hotel in Reykjavik during both the semi final and final (two weeks after). Because of the hot springs in Iceland the warm water is free and we really enjoyed the extra hot showers! We usually finance our own trips to Eurovision and also the work with the songs, but in Iceland they offered us a budget and we actually got paid for the trips afterwards which we are grateful for! 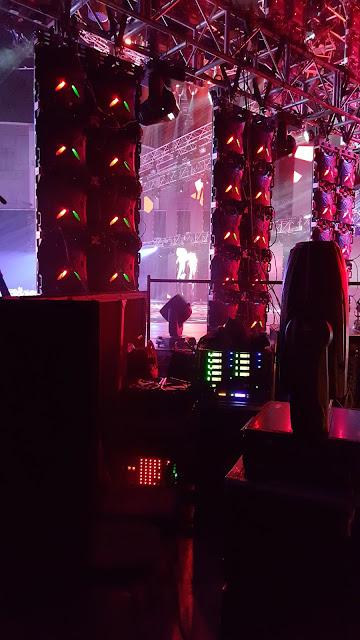 A view from behind the stage in the arena at the final.
Do you see the blondes standing in the spotlight? 😂 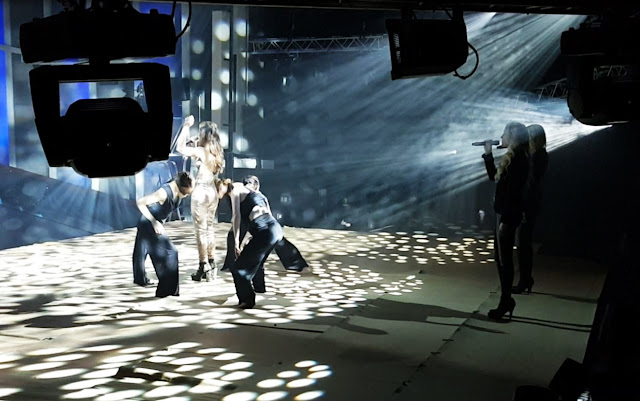 Another view from behind the stage at the semi final.

Check out our webshop and offers for DIGITAL RELEASE, A&R, SONGWRITING here: http://ylvalinda.tictail.com/