December 30, 2018
2018 has been a great, eventful and productive year with many amazing experiences and meetings but also crossroads and challenges, which is of course part of life. We started blogging, vlogging and gave studio sessions at home, we did another year of Eurovision songs with a high score of 7 songs and 2 bronze placements in the finals, released over 100 Youtube videos with more than 400 000 views and 500 new subscribers, 20 singles on Spotify and Itunes, went to numerous events, did a lot of performances also abroad on TV! Looking back on and sharing some of the memories here with you. Even if we still have to go further to reach our goals it's important to be grateful for all the wonderful things that have been done during the year that passed. 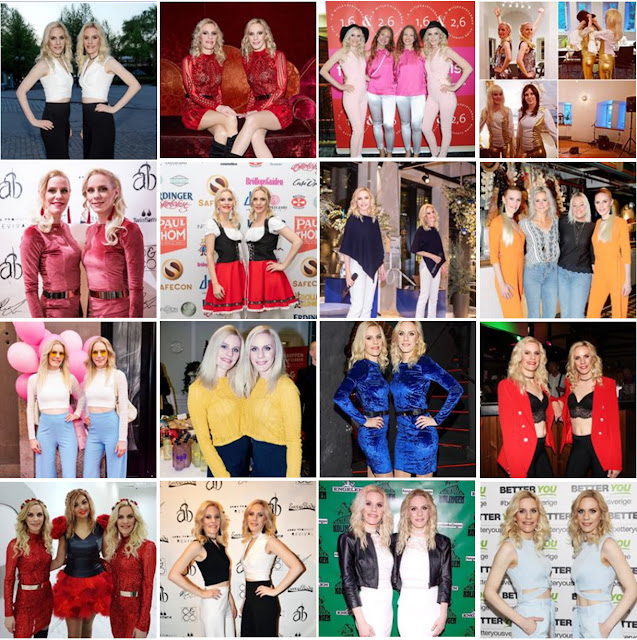 January started off with a job as volunteers and event hostesses at Fadimegalan at Berns salonger in Stockholm, a charity gala for human rights against honor related violence supporting women who are victims to this cruelty in cooperation with the organisation GAPF. It was a great experience and we enjoyed taking on the challenge. 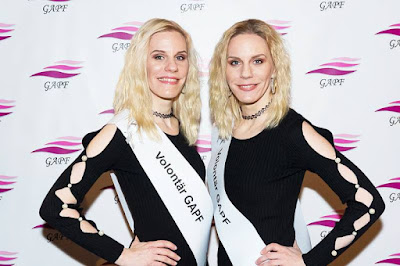 Together with the musical artist Gunilla Backman from Mamma Mia and West side story we performed our wedding song "Allt vi nånsin ville" at the wedding exhibition for Grand Hôtel. The elegant Vinterträdgården was a fantastic place to perform the song among the cupcakes and products!
Spotify: http://spoti.fi/2qGWBsl
Youtube: https://youtu.be/JYtexKuNkOQ 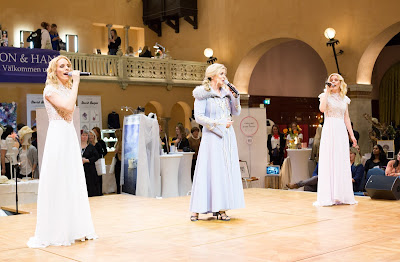 In February we went back to Moldova Chișinău! ❤ ✈ with amazingly 2 songs in the final as artists/backing vocalists/songwriters and it was a rush! 😂😥


We had a generous welcome and hospitality and got help with drives to and from the hotel, to the TV stations, reharsals, sightseeing to an eco village and local Moldovan restaurants with live music in the evenings and professional hair and makeup at the final TV show.  We also did a TV show at Prime Ora TV to promote the song. We wore golden dresses and led skirts together with a golden man on Dance in flames and on Endlessly we had white, long dream dresses. 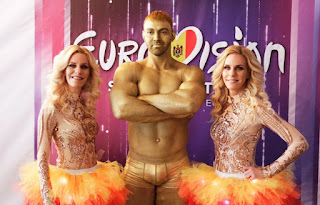 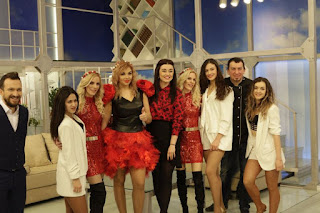 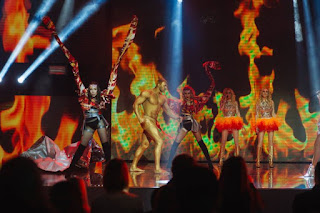 For Eurovision 2018 we did an amazing new high score of 7 songs in Belarus, Moldova, Romania, Latvia and Poland and 2 songs took the 3rd place in the finals! Thanks to our great teams for making this possible!


Since 3 years back we are coaching stage performance and singing for the local show choir Rising Star with children (age 7-11) from Sundbyberg in Lilla Alby skolan. In April we set up a concert with music from movies and musicals called Musically. So much energy, vibe and attitude in all the live performances on stage. Check them out on Facebook and Instagram 😍🤩🤗🌞🌟🎵🎶🎼🎤📽 https://www.instagram.com/risingstarkoren/ https://www.facebook.com/risingstarchoir 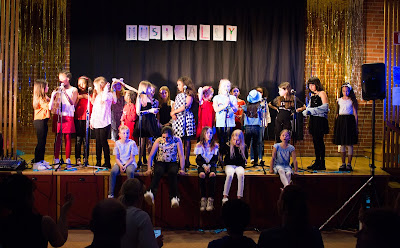 We were also privileged to be on the first page in the local newspaper Mitt i Sundbyberg doing interviews, photos and videos to show our work! 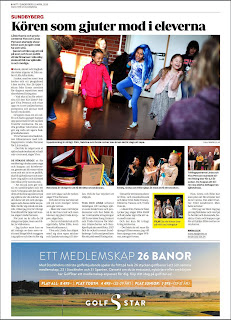 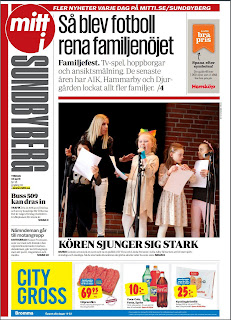 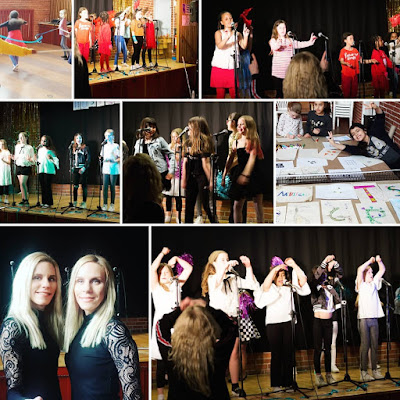 In May our film music "Golden Wings" 👉🏻https://www.youtube.com/watch?v=d4CpacmjCkM was featured in the short film "Fienden inuti" at the Cannes Film Festival!! ✨🎥🙏💞 It was also featured at the Swedish short film festival. 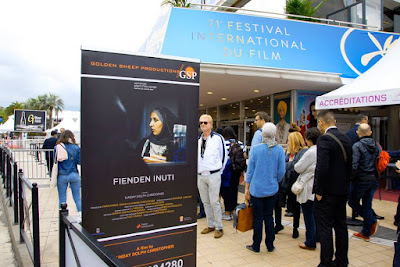 In May our song FEARLESS, the official song for Trasdockan against child abuse (#kidstoo) in cooperation with the organization ATSUB (Amanda Kullenberg), Tracks of Sweden, Sebastian and Klara, was broadcasted on SVT Barnkanalen, Lilla Aktuellt on Swedish TV!


In July we had a magical evening at the restaurant Patricia where we had the release party for the NEW single "En Helt Ny Dag" with the Melodifestivalen artists Zara & Jessica (Tracks of Sweden, Danne Sjöberg, Wu Jing).
💛 Spotify: https://spoti.fi/2lYHARQ
💛 Youtube: https://youtu.be/gF5WhbvcsB4 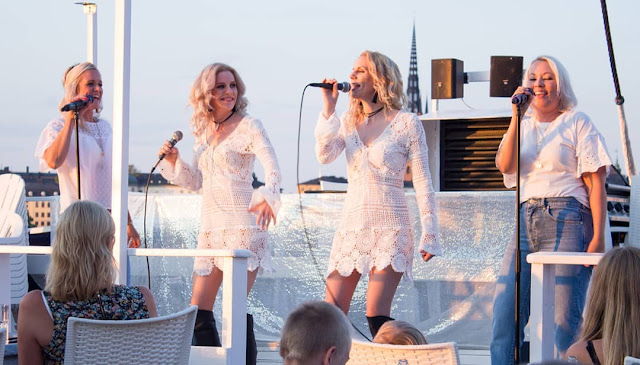 We also released the single and music video to "Eye Of The Storm" with Kevin Klein from Idol cowritten with Kristinn Sturluson, filmed by Jimmy Olsson on the beach in Bjärred and produced and edited by Ylva & Linda.
💙 Spotify: https://spoti.fi/2IXArtL

This Summer was hot and sunny and just awesome! Here are some highlights:


We were selected among the 16 finalists to Junior Eurovision Malta with our song "Back to my freedom", written and produced together with lyricist Bruce Robert Francis Smith and producer Rickard Bonde Truumeel!
Spotify: https://spoti.fi/2N7BX3H
Youtube: https://www.youtube.com/watch?v=0O5okKIymuU
We had the pleasure of doing alot of live performances and see many new places this year! On one of the last warm Summer days in Stockholm in August we were invited to entertain at an awesome 60th birthday party gig with 86 guests! The party event was at the exciting place Kastellet and we delivered both Schlager, ABBA and 70's disco hits! 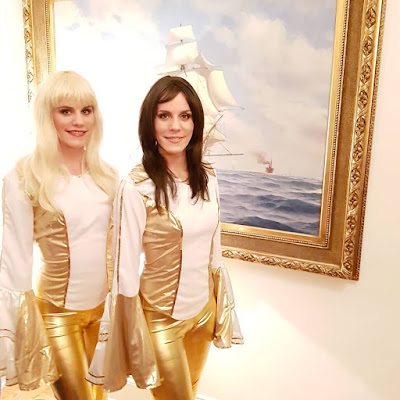 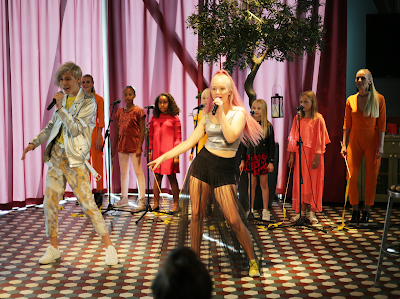 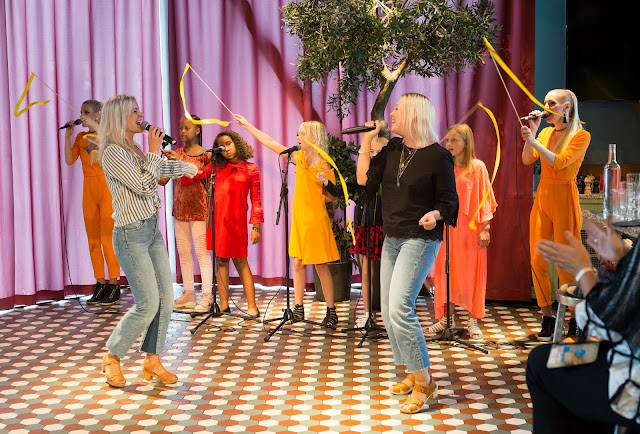 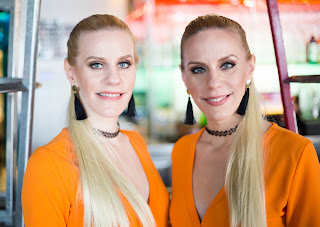 Had a fantastic day in Sundbyberg, Golfängarna during the Swedish National day celebrations, performing our two songs "Aldrig ge upp - Never give up" and "Fearless" together with the talented artists Sebastian & Klara and our children's choir Rising Star. 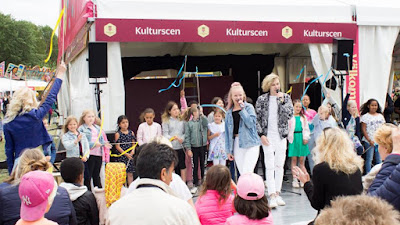 The song Fearless was also performed with Rising Star at the live Youtube broadcast for Videohjälpen, charity to raise money by Röda korset to help against war and crisis.

In October we got to host an event with a mix of interesting themes - fashion, music, art, hair, makeup, massage at the salon Oldenstedt & Co in the central of Stockholm together with the arrangers Åke Bjurström and Maja Nelin and artists. We did performances with Aron Promnitz and the new single "Revival" as well as songs with Rising Star. 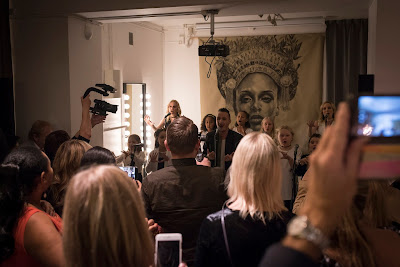 Feeling so privileged and thankful for being invited to all the awesome events during the year for health, openings, fashion, book release, film, art, Café Opera, human rights etc and to have our photos featured in media - Hänt i veckan, Damernas Värld, Hänt Extra and Expressen Extra! Find all our photos here: https://www.facebook.com/pg/ylvaandlindaonevoice/photos/?tab=album&album_id=1871767492861370 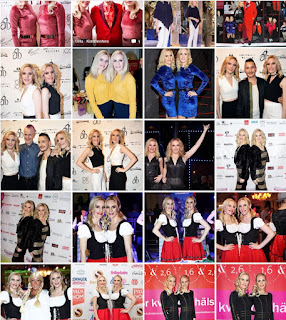 In November and December we really got into the Christmas spirit when we co arranged the VIP event at Oldenstedt & Co with Åke and Maja and also released 3 Christmas songs! An interesting mix of music, standup, fashion, art, hair and makeup were offered at the event to the guests and the theme was of course "RED"! 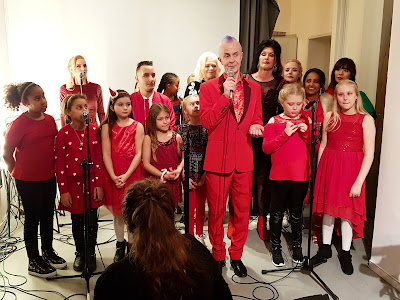 The artists did an amazing job with all the preparations and this time we fixed the musical equipment and the evening was filled with great music and performances on stage as well as standup.

We had the pleasure of being invited as artists to the grand opening of Smarting's Christmas Shopping event at The Lobby in Stockholm where we performed our latest Christmas songs "Ge mig jul igen" (with Zara & Jessica) as well as our earlier Christmas song "Midvintertid" (released with Linda Lampenius and Jill Svensson from Talang). 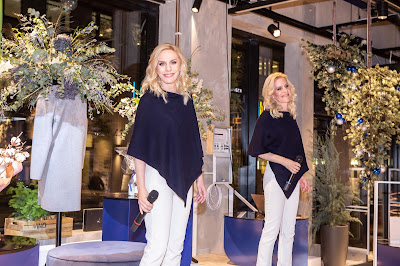 We were delighted to see the invitation for Rose Club to the Christmas get together with mulled wine and snacks and were really grateful to be able to perform some of our favourite Christmas songs as well as "Ge mig jul igen" live during this event. 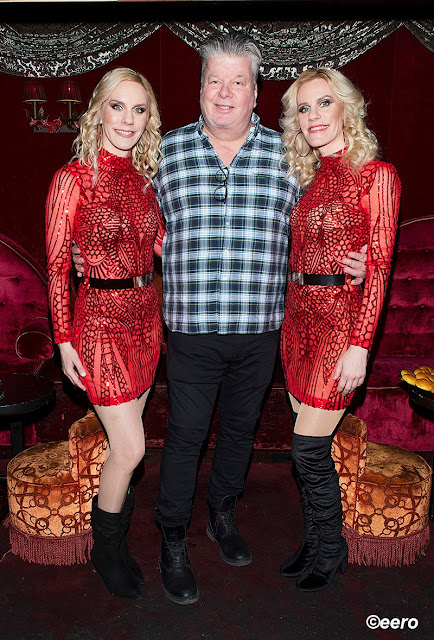 We did three Christmas releases and here you can listen to the cover song "White christmas" with the artist Aron Promnitz:

Here you can listen to the song "Ge mig jul igen" released with Zara & Jessica:


We were really happy to release the Christmas cover O holy night with the amazing winner of Sweden's got talent 2018 Madeleine Hilleard!
Listen on Spotify: https://spoti.fi/2B3ydap Wishing you all the best for 2019 and your support means all to us! Please keep following and streaming, liking and sharing and we are hoping for a prosperious year to come!

If you are a talented artist and want to work with us, please check out our offers of Youtube song release including vocal editing, mix and artwork.
http://www.ylvalinda.com/offers.html
artists eurovision events happy happy new year linda new performances producers singers songwriters year ylva