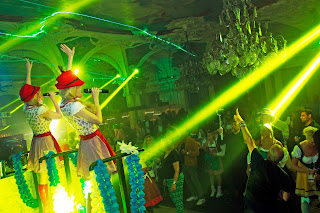 Many of you are asking us WHO WE ARE (despite numerous of social media posts that we add every week 😅) so we decided to add a blog about it and also feature some of our latest releases and events! Photo: Café Opera AW We are a twin duo from Stockholm, Sweden - songwriters and singers - who started off as big Melodifestivalen and Eurovision fans since we were young! We have successfully competed in national selections to Eurovision since 10 years in 18 countries with around 60 songs and we  took the  11th places i Melodifestivalens webjoker . We did 150 digital song releases with a cclaimed artists from Melodifestivalen / Sweden's got Talent / Swedish Idol , for TV4 Nyhetsmorgon , TV4 Bingolotto , SVT Lilla Aktuellt , wrote official songs for  charity against bullying and child abuse , theme song for SVT, film music for  Cannes and Sthlm filmfestival We were winners of Sami Grand Prix 2022 , winners of Swedish radio P4 Nästa Kristianstad and Västmanland , winners of  Home Composed
Post a Comment
Read more 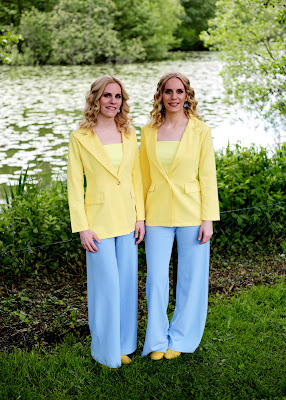 Hello Summer, Hello Sunshine, take the stress away! 🌞 😅 The lyrics from our song with the same name about the Summer that you can use in your posts on Tiktok, Insta and FB! How are you all doing? Having some time off or still busy at work? We had so much fun singing at the celebrations of the Swedish national day in Sundbyberg this year. 🇸🇪 💛💙 Happy to be back on stage and to be able to revive the choir Rising Star. This time together with Penny Smitt who we released several songs with. Go check out the live performance medley here 👉 https://fb.watch/dVRwa0eXef/ Listen to the songs here on Spotify, Aldrig ge upp - Never give up 👉 https://spoti.fi/3Q80Vgi Fearless 👉 https://spoti.fi/3mlVkVW Hopefully we get to perform some more this Summer but before that we're taking some weeks off both from our regular jobs and also the music to spend more time with family in a lower pace. There will be some travelling within Sweden and abroad to see new and familiar places and enjoy
Post a Comment
Read more Wow! So grateful for being the winners of Sami Grand Prix 2022 (Sami Melodifestival) with Ingá-Máret Gaup-Juuso and our song Dovdameahttumii last week! 💯💫💛🌟🥇 It was a very nerve wracking final broadcasted on SVT play and NRK and we are beyond grateful to everyone who supported us in the public voting! 🙏 Listen to the song on Spotify👉 https://spoti.fi/3IpCPZh and watch the full performance on Youtube below!   The song is written by us and Ingá-Máret Gaup-Juuso with production, mixing, master by Paul Dubrovsky, Stein Austrud and Roald Raasberg. It all started with an idea in English and some joik ideas by us last year and when we involved Ingá-Máret she added the Sami language and her exceptional joik voice to the song. Then we got the opportunity to involve Stein to work on an excellent arrangement and organic sound with "nyckelharpa". We love to do these melodic songs and also have live instruments and an unique organic feeling to both the production and vocals. T
Post a Comment
Read more

So many emotions last night 😖 when watching the national selection to Eurovision Poland with our song Why does it hurt, that was selected to compete with Lidia Kopania, announced in January. 😯 😯 We were happily surprised to get selected among the top 10 finalists and managed to prepare for a Youtube and Spotify release and an update of the production on time despite a very tight deadline. Thanks for all the comments, we're trying to take the good with the bad here accepting both the sympathy and criticism and that the song is getting attention in media! 👍 Listen on Spotify ► https://spoti.fi/34gGUkf So, we were looking forward to see a great performance after the preparations and discussions we had with Lidia's manager after we got selected. We also have a history with Lidia, having released 2 singles on Youtube and Spotify with a good outcome and for some years we have submitted songs together for Eurovision Poland without any result. We put our trust into this cooperation
Post a Comment
Read more
More posts