March 01, 2014
We are very happy to announce that we are taking part with many great songs in 2014 for Eurovision national selections and reached a 3rd place in the final in Belarus.

Janet - You will be here - Eurovision Belarus 2014
https://www.youtube.com/watch?v=V3B76jcTW7M

We had a wonderful experience travelling to Minsk in Belarus meeting Janet for the first time and competiting together in the TV studio with our power ballad You will be here that made a 3rd place in the final. We wore white angel dresses and golden long curly hair and at the last minute the team also completed the dresses with extra fabric that we had to show at the end of the song, which was quite a nervous moment as we didn't have the time to practise! Janet had a unique idea with the act to wear a black dress with dancers under the skirt and at the end of the song they would emerge as birds removing the black and go over to a white dress. It was a magical moment that worked exactly as planned and the jury were excited about her creativity that required alot of practise!

Backstage in green room at the offical backdrop. Watch the live performance here: 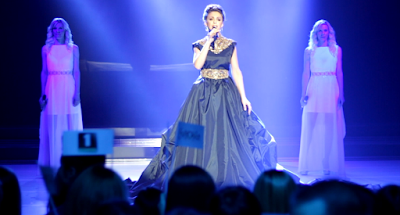 Alot of preparations had to be made in Sweden getting av Visa at the last minute to be able to travel to Minsk when there was no Belarussian ambassy in Sweden because of conflicts between the countries. We were trying to get help from a local travel agency specialized in Belarus but they were not very helpful and we ended up paying alot of extra money to be able to get the Visa's in time for a short trip of only 3 days! 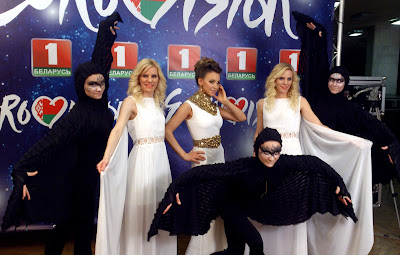 Together with the great dancers in the shape of birds who did an awesome performance. 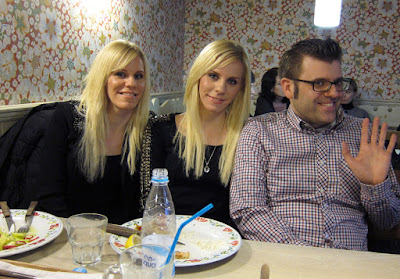 Splendid food at our favourite restaurant Vasiliki in Minsk. Janet and her husband showed us some great places to taste local cuisine that we really needed in between the rehearsals.

Staying at the exclusive President Hotel in Minsk where we were welcomed by Janet with lovely pink roses! 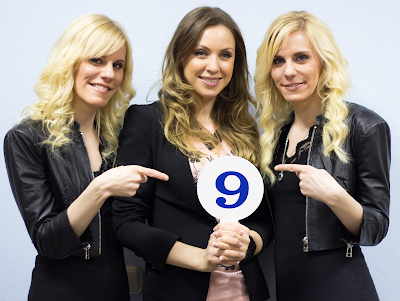 We got number 9 in the draw at the rehearals a couple of days before the show.
A lucky number for Janet! 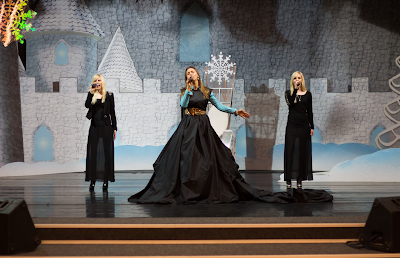 Janet invited us to the theatre where she works as an artist and we got to do rehearsals of the song here before we went to the TV studio. So exciting to visit places like this and to see the real vibe of the old Minsk. 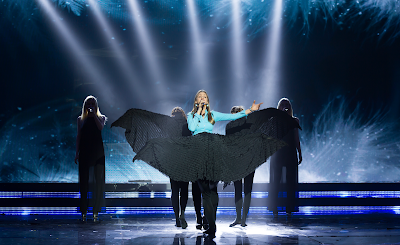 On stage at the first rehearsals in the TV studio 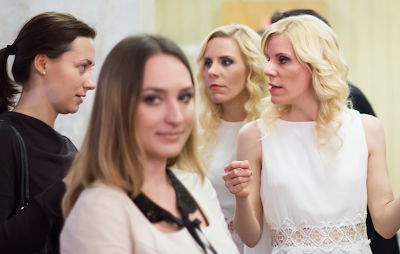 When the main language is Belarusian/Russian and English is not so common it was not always easy for us to understand what was happening. But we were lucky to have a good communication with the producer Olga who guided us alot backstage. 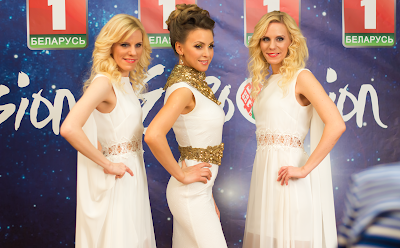 Janet and her "angels" backstage in green room very happy after the show. We have so many great memories that we will bring back to Sweden and we celebrated the 3rd place at the hotel drinking Russian champagne and eating cake until 6 am in the morning when we had to leave for the flight home to Sweden. 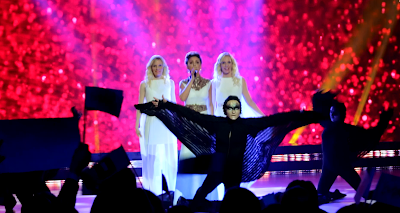 The final pose of the song You will be here at the TV show that were broadcasted live in the evening just after a couple of days of rehearsals. After the TV show the president Lukasjenko himself financed a expensive music video of the song with actors and great scenery because it was one of his favourite songs in the final! We had plans to join the filming as Janet wanted us to act as winter angels, but the schedule was too tight and the dates changed from one day to another so we decided not to go and she arranged with a couple of look-alike models instead(although with brown hair) that you can see in the video below! 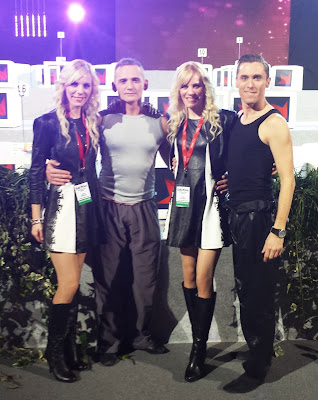 After Belarus we went as composers to join the show during a weekend in Malta, Valetta where our artist Romina performed our song Addictive live at the TV arena outside the city. We had a great time getting some warm weather in February, meeting awesome people and taking part in green room with the team. Romina and the dancers did a perfect performance and the family treated us with great hospitality. It was a special moment also to take part as composers only and this time they wanted to have the backing vocals pre recorded so it was not an option for us to be on stage. We wore white and black leather dresses and high black boots. See live performance below:

Together with the super team of dancers and the artist Romina in green room. 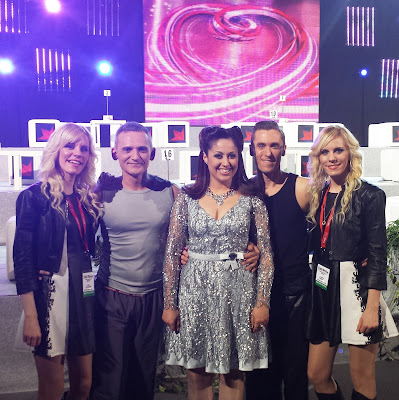 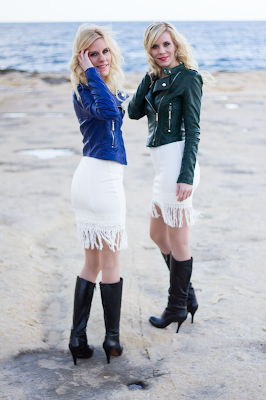 We managed to do some great photo sessions in the town and by the sea in Valetta. Such a lovely city and awesome to get some warm winds although it was only February. We really recommend to travel to Malta and see this beautiful place! 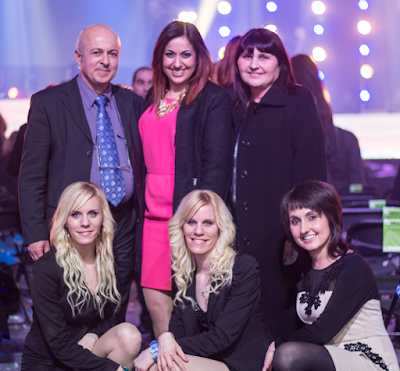 The wonderful team and family behind Romina and our song Addictive in the semi final of Eurovision Malta.

In Ukraine we worked with talented Natasha and her team on a cowrite of our song Love makes you beautiful that ended at a 4th place in the final. We were lucky to beat Alexander Bard and his team!
For Lithuania we were selected with two songs where the TV team chose the artists and the songs were only peformed live in the TV show with a live band which was quite a surprise. We decided to release these songs in our versions after the show to also have our own productions public. See the live performances below: